Insects are fascinating creatures. They are one of the most colorful groups in the animal kingdom. Their complex social structure hints at the incredible secrets we've yet to uncover. When anthropomorphized: given human expression and form, they poke fun at our own ineptitude to perform at their high level of harmony and order.

There have been other attempts to use insect characters in cartoons, but to my opinion; many fall short in employing their humorous potential. Instead, succumbing to typical stereotypes.

Flipitytoons depict insects in the most innovated way possible. Each character highlights the behavior of the insect, doing so in a humorous way. Every character is a star in it's own stand alone comic strip and therefore avoid the pitfalls of continuity and plot lines. However, there is one Flipitytoons character that is closely tied to every branch of this franchise: Flip the Fly. 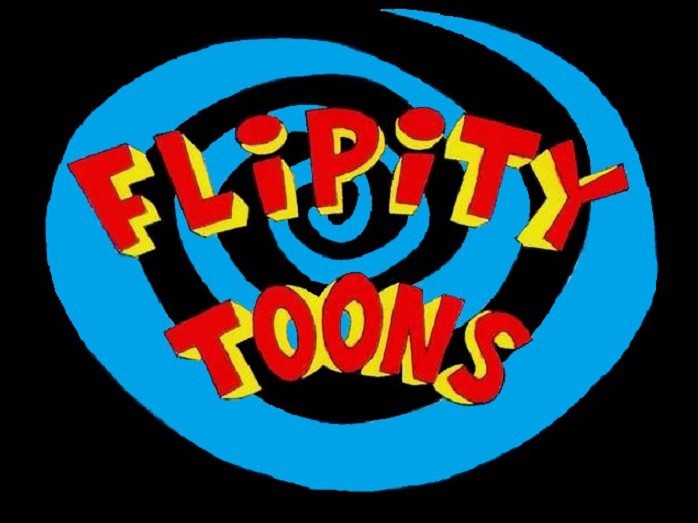 In 1994, I began drawing a version of Flip the Fly during the time I was living in New York City. This series, simply titled "Insects" also featured a host of characters based on bugs. By 1995,  Flip the Fly was the main focus of the Insect series. When ever my friends asked me about my comic strips, they would refered to them as "FLIPITYTOONS", and the name stuck.

It was only fitting that Flipitytoons would get their name from this tenatious little fly. Flip has to rely on his wit and humor as he navigates through a dizzy array of obstacles. From Sid, who relentlesly attempts to catch him in his web; to the swarm of snobbish Wacky honey bees who keep him from indulging in the sweet taste of nectar. We do not envy the threats he faces at every turn: avoiding the toxic bug spray, staying off the headlines of a rolled up newspaper swung his way, watching where he lands all the time so he does not step on a sticky tape or staying way ahead of that dreaded fly swatter. Flip the Fly became the underling theme from which Flipitytoons are based on. 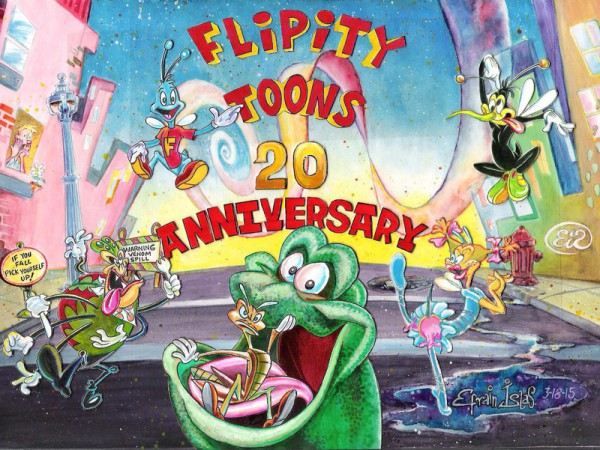 1995 became the ground breaking year in the development of Flipitytoons. Throughout 1995, the insect inspired comic strips transitioned into their modern design and story development under the new brand name Flipitytoons. 1995 also introduced the swarm of characters that now populate this Flipitytoons universe.

In 1996, Flipitytoons expanded to include a musical inspired division: Twirlytoons; following in the tradition of Disney's Silly Symphonies and Warner Bros. Merry Melodies cartoons.

During the years of 1999/2000, Flipitytoons entered the next phase in becoming a recognized artistic collection of work.

In April 10, 2000; Flipitytoons received the Copyright from the United States Library of Congress.

2015 celebrates Flipitytoons 20th Anniversary in it's present incarnation. This website is dedicated to showcase Flipitytoons and update it's fans of it's progress.