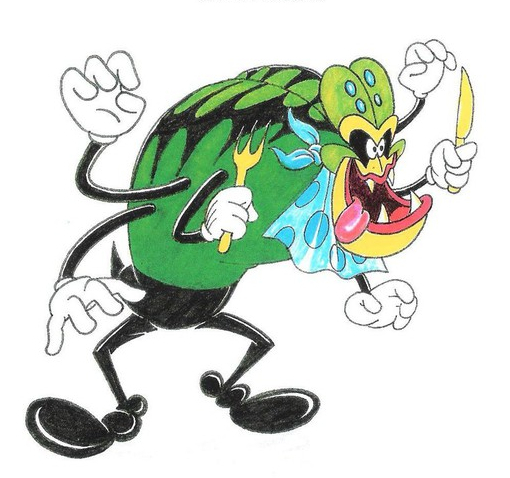 Sid is the resident Spider. Driven by hunger and brute skills, he'll employ every method to catch his prey. He is able to switch roles at will to appear as the fearsome hunter or as the sneaky trapster. He dangles his sticky line in the middle of traffic where an unsuspecting fly might trip into it. He lays out his foreboding web to trap his next meal, that is if he doesn't get himself tangled in it first. He will even resort to luring his victims with wads of cash left on the lid of a manhole and wait underneath it, ready to pounce on his naive prey! There's no limit to what he'll do to satisfy his appetite and in the process providing all sorts of silly antics. 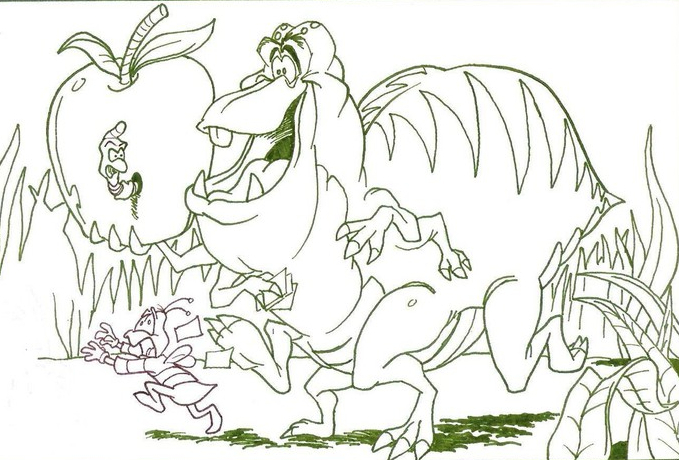 Sid Vicious is one of the Flipitytoons characters who experienced the most radical re-design. With the release of the popular movie: Jurassic Park, in 1993, the early version of this character had this spider take on a T-Rex look. This comic strip series simply titled Insects, sugested they inhabited a pre-historic, jurassic forest.

In order to simplify the design and to bring this character in line with the newly found identity for Flipitytoons, Sid had to shed his dinosaur like appearance. His make up and name was inspired by the legendary Rock Band: KISS. He adopted the more traditional cartoon limbs with white gloves as a call back to those iconic characters of the Golden Age of Cartoon/Animation. His new role was less of a menacing tyrant but now, as Flipitytoons comedic thug. 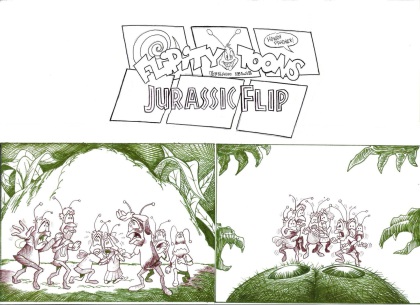 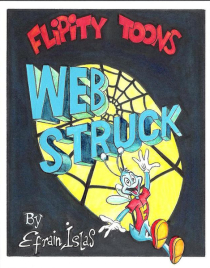 Hunter vs Prey, the Ying to the Yang, Friend vs Foe... Like the saying goes: "A hero is only as good as their villain"; Web Struck explores that dynamic between Flip the Fly and one of his most iconic antogonist, Sid Vicious, Flipitytoons resident Spider. 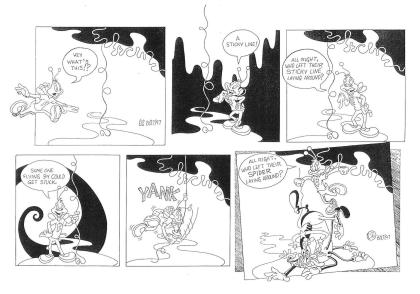 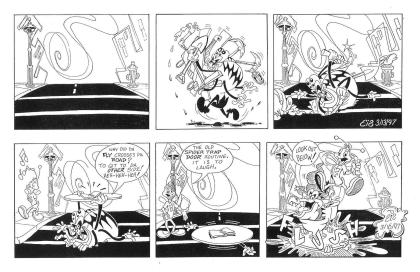 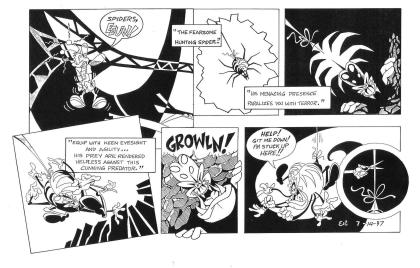 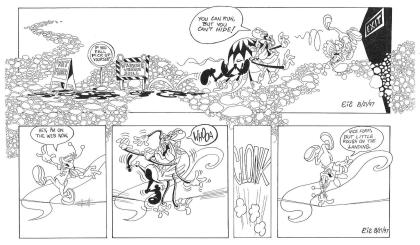 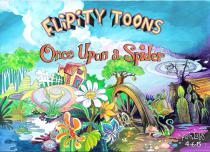 In "Once Upon a Spider", Sid decided to pack it up and move out into the country. Hilarity ensues. Follow his high jinks through parodies of beloved nursery rhymes in this 2010 Flipitytoons comic strip series. 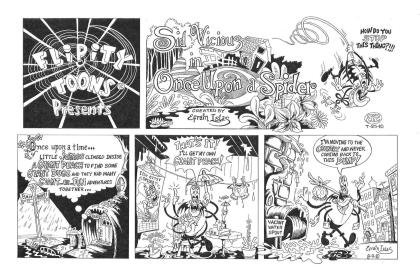 Sid finally had enough of his home constantly being flooded every time it rains and decides to move out into the country. 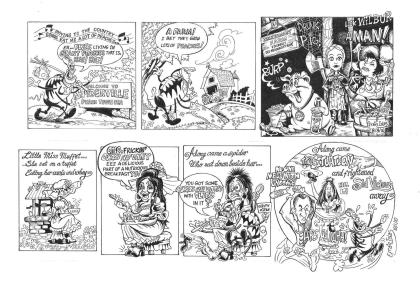 Sid is a wondering spider who is unaware he has just entered into the twilight zone of zany nursery rhymes parodies! 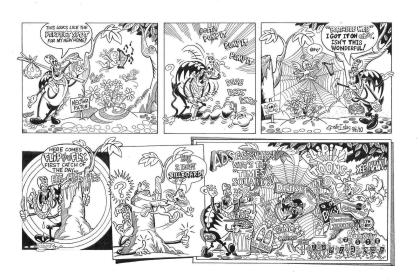 Sid finds the perfect spot to set up his new home (portable web) and gets a homecoming party courtesy of Flip the Fly. 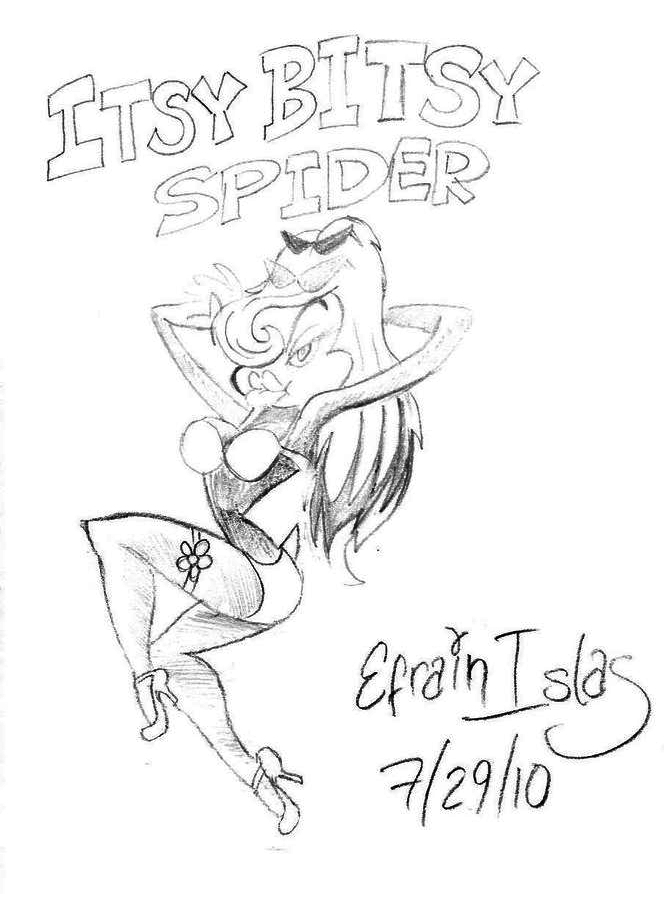 Many spiders auditioned to appear as the pin up calendar model: "Itsy Bitsy Spider". 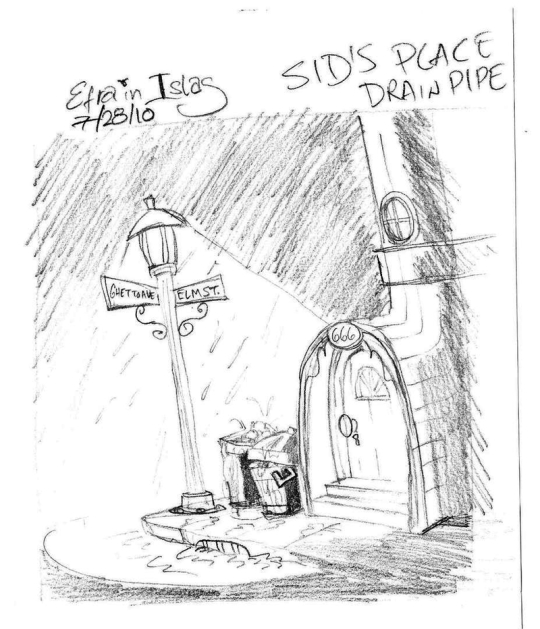 In this parody of the popular nursery rhyme "Itsy Bitsy Spider", Sid comes out of his gutter system dwelling. It's rough living in the city! 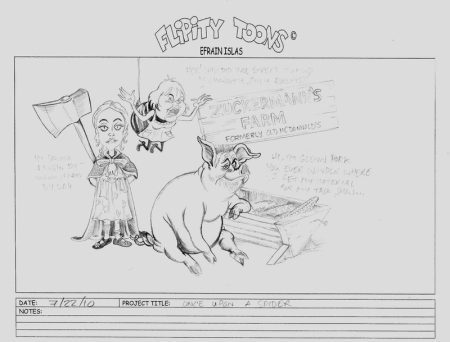 In line with the modern trend of retelling fairy tales using celebrities, Flipitytoons is no exception. 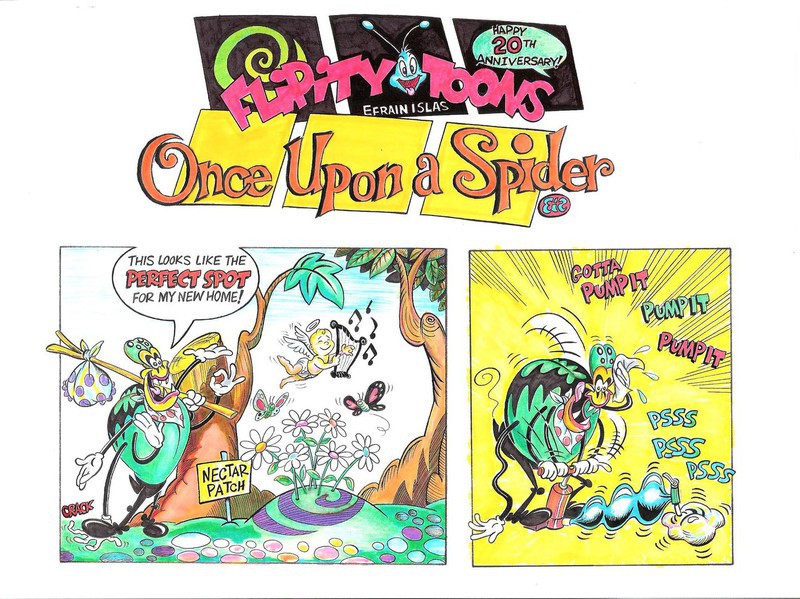 Portable Web in color! Promotional material for Once Upon a Spider comic strip series, March 2015. 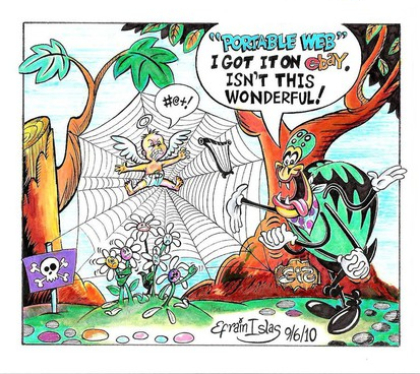 Why construct your own spider web when you can just order it online and have it delivered to you!

Sid is in for a big surprise as Flip throws him a Homecoming Party. In this color promotional comic strip you can appreciate the Flipitytoons version of Times Square in New York City.