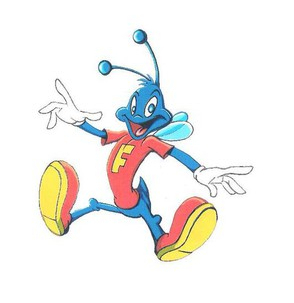 Flip the Fly is the proverbial underdog, an innocent victim of circumstance and Flipitytoons starring character. This quick thinking fly outsmart his predators from becoming a part of the menu. His tenacious ability to face his adversaries with everything he's got makes it easy for us to root for him to come out on top. 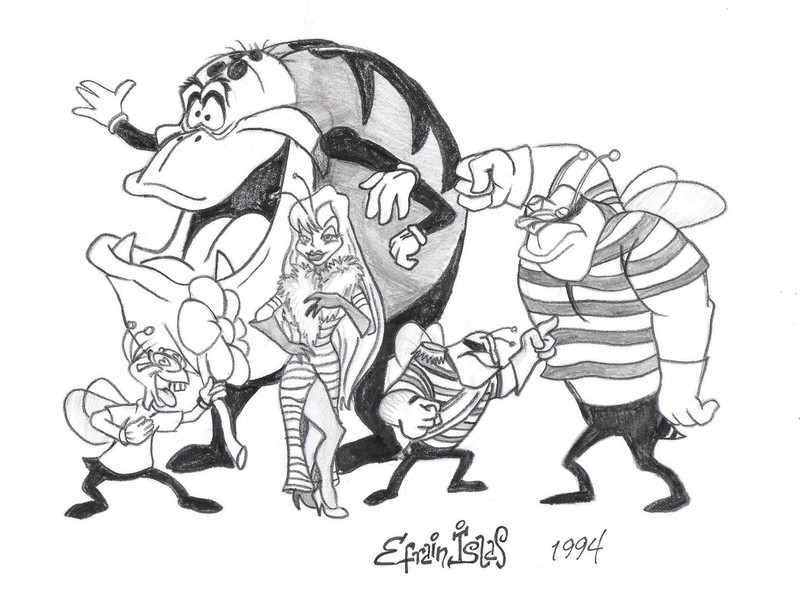 Flip was first conceived as a blue collar worker ant from the lowest rank, for the 1994 comic strip series "Insects". This character took on a new role of a fly with similar traits during a phase of re-designs. In 1995, Flip began to transition into a more stylistic animated look that were featured in the comic strip series "Flip the Fly".

Flips' character development was so sucessful, it's effects impacted the entire Insects series that resulted in the adoption of the new title: Flipitytoons. 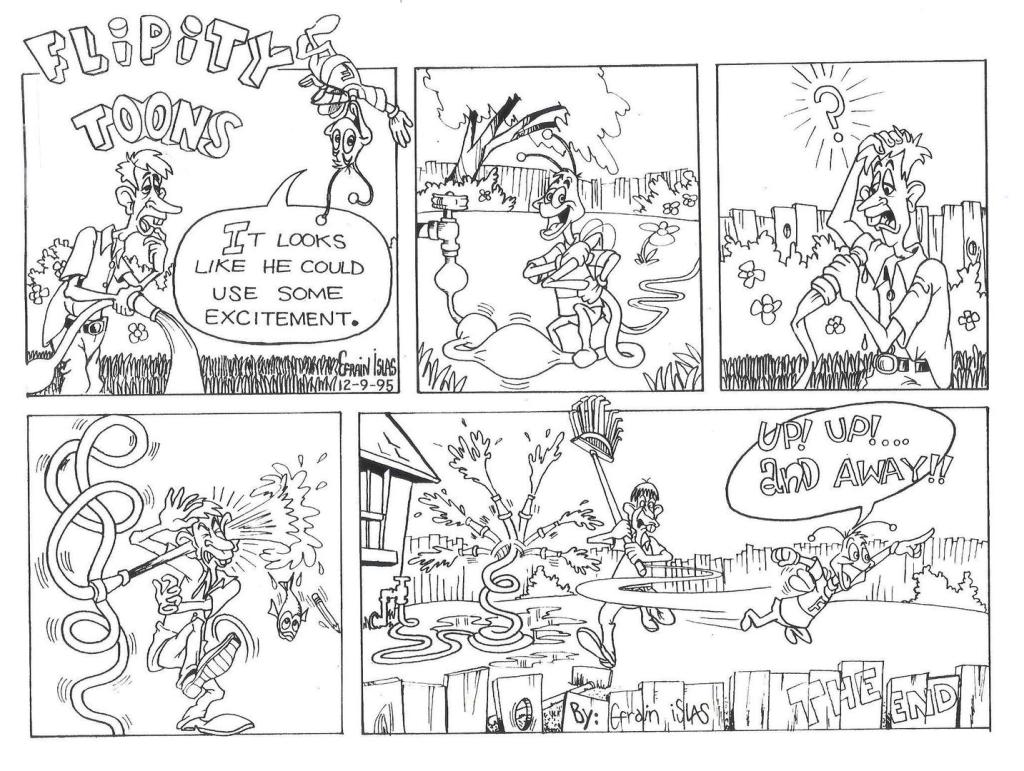 Flip the Fly Gives You the Hose Down comic strip. Design still under development.

Flip the Fly taking one of his first steps in this re-designed look, August 4, 1995. 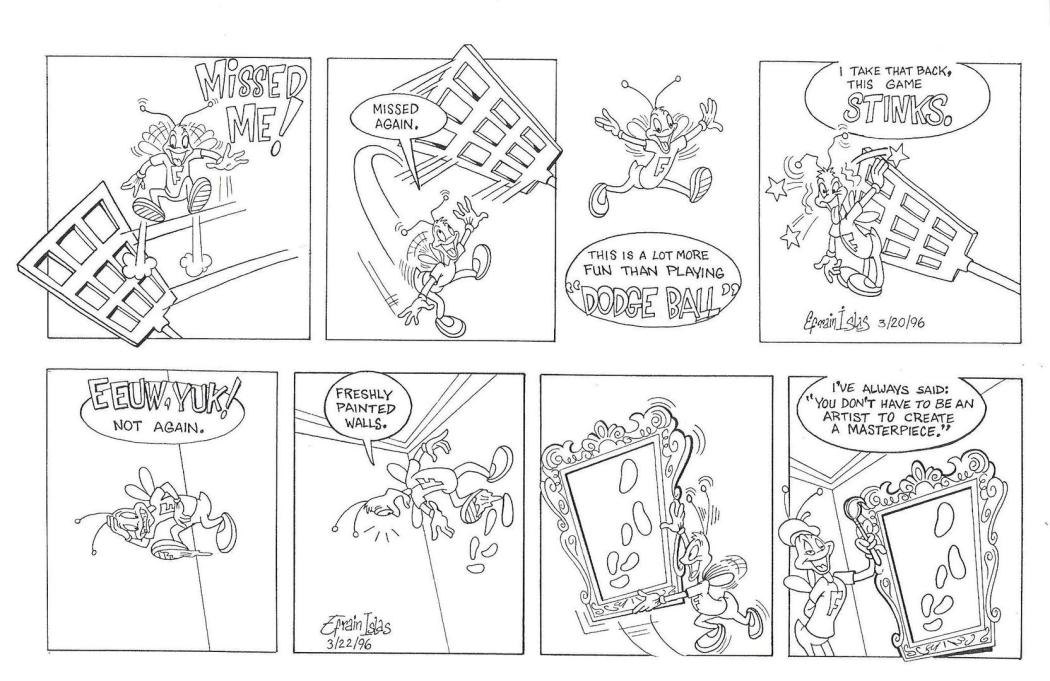 The Pest Next Door 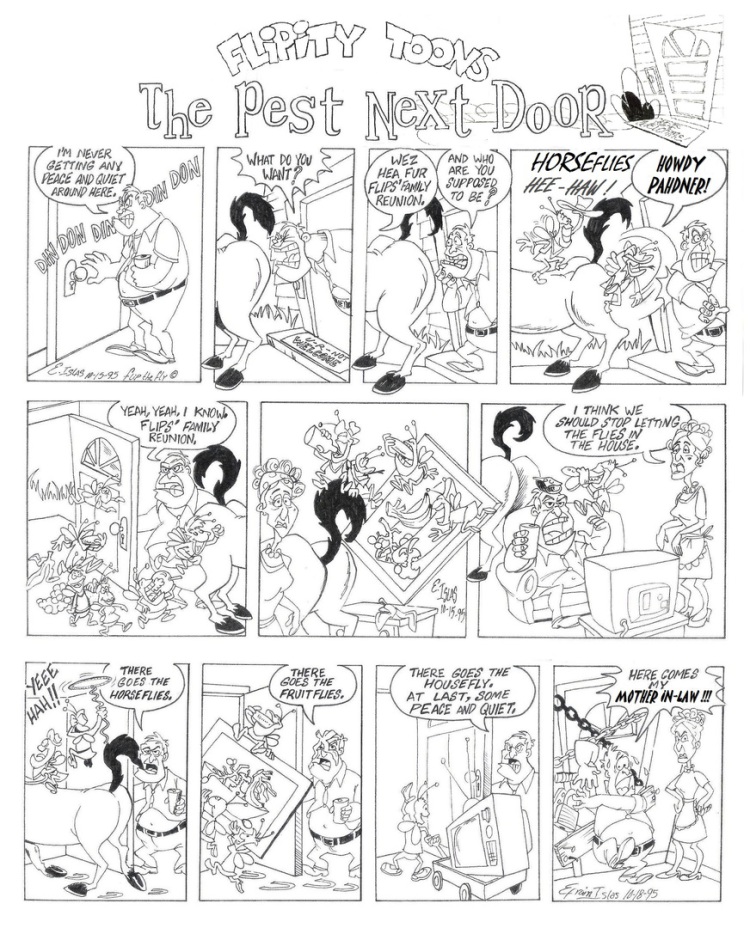 It's the fall season of 1995 and look who's knocking at the door looking for some warm hospitality. 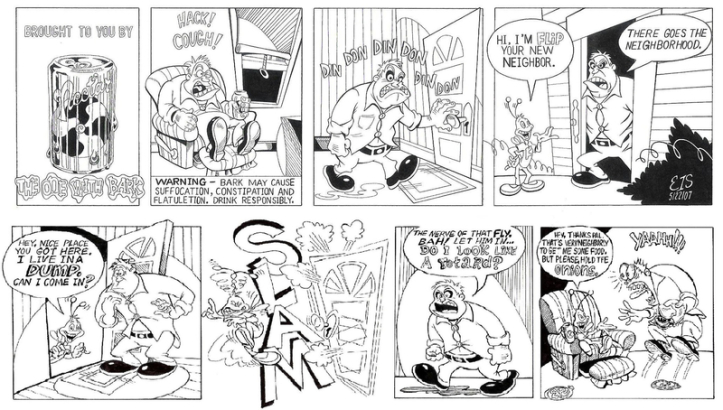 The Pest Next Door returns for another installment in this 2007 series. 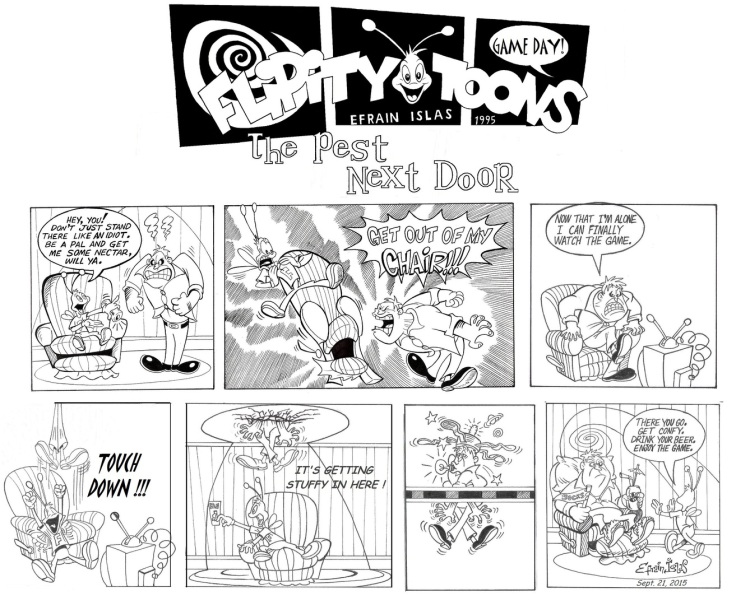 It's game day and Flip crashes the viewing party. 2015 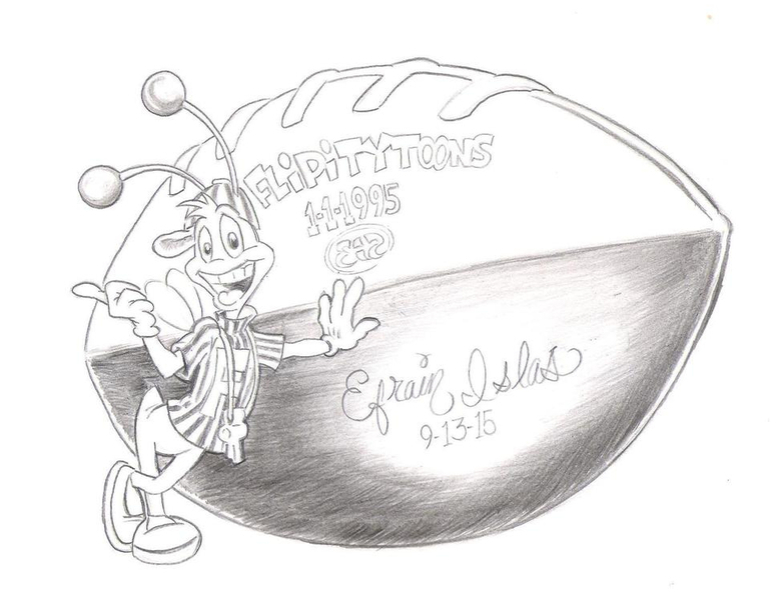 Football, America's favorite sport! Learn how this unassuming, little fly climbed up the ranks to become the officiating mascot of Flipitytoons football league! 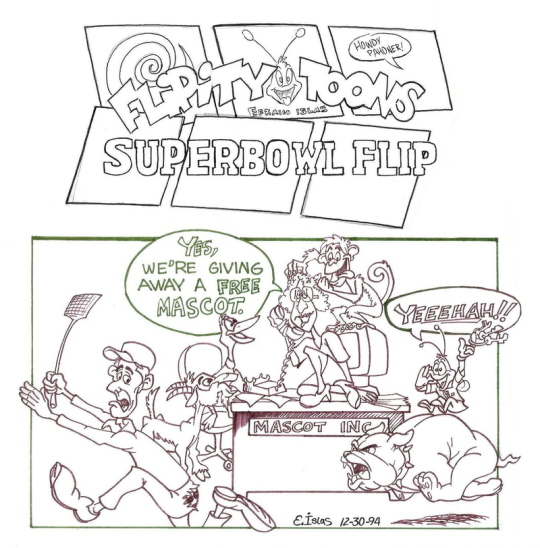 What happens when Flip the Fly is the mascot.

What's a mascot fly to do when the opposing team mascot is a frog! 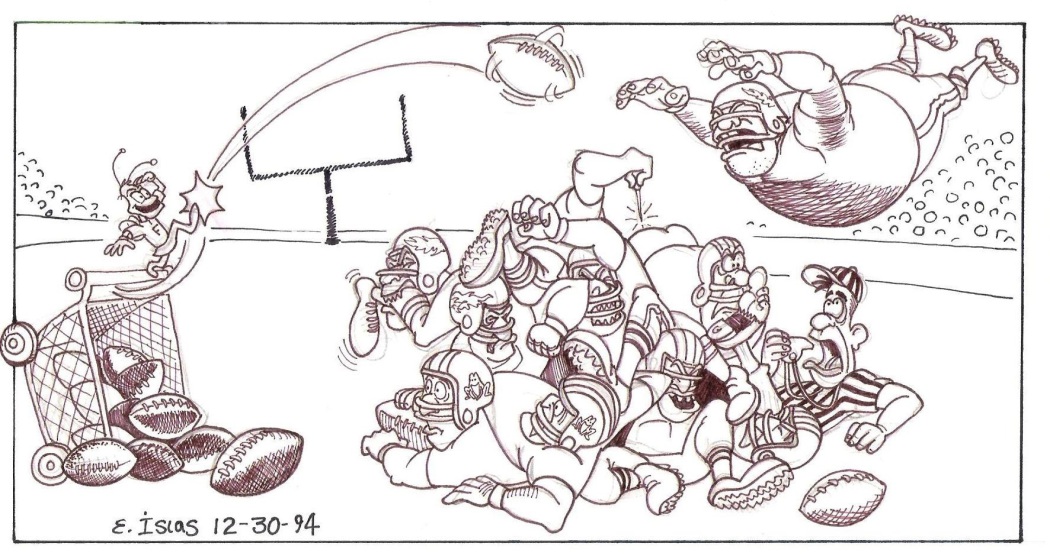 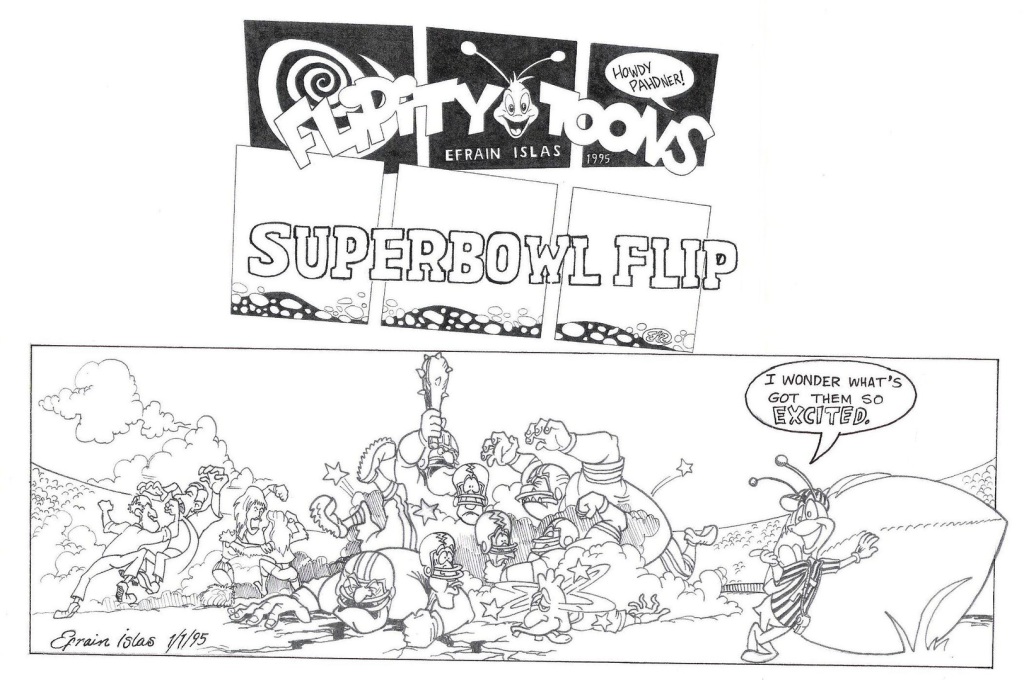 A Fly on the Wall 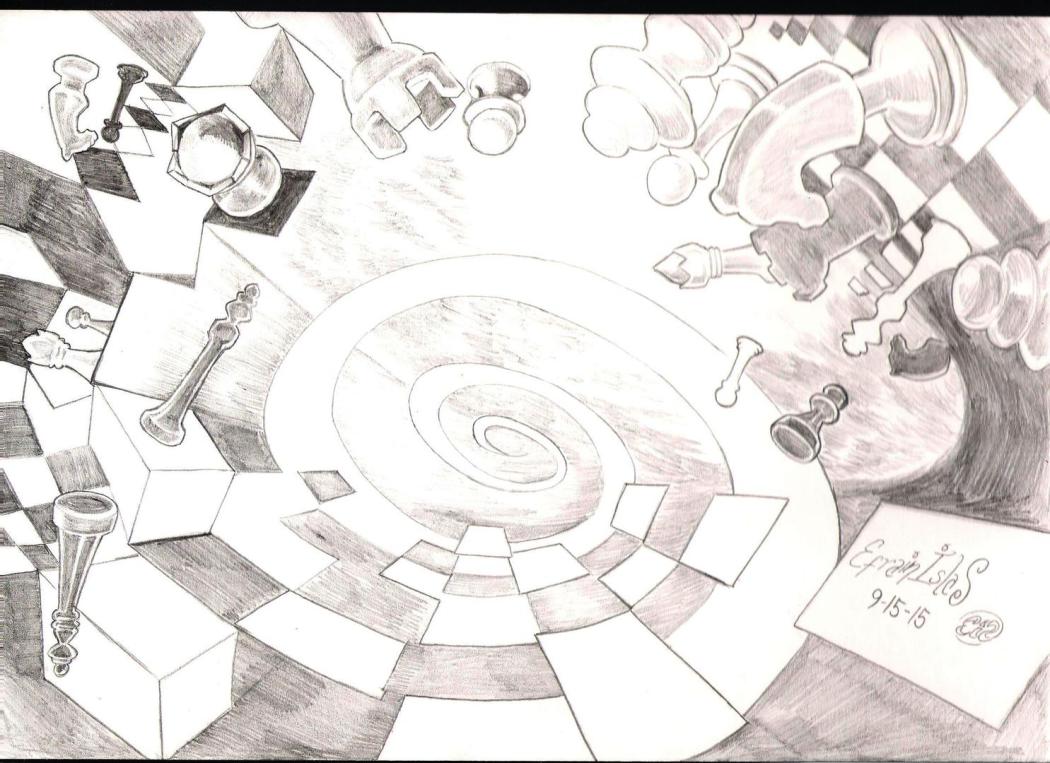 A Fly on the Wall Background Pencil Sketch 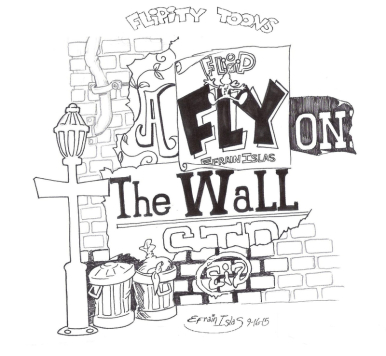 Title panel design inspired by "Flypostings" that fill most of the construction site barricades, building walls and alleyways in New York City. 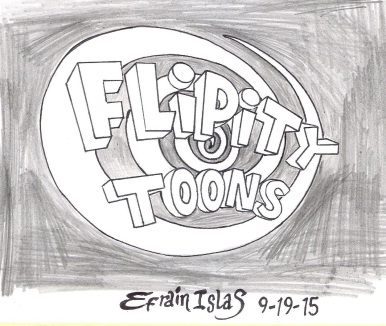 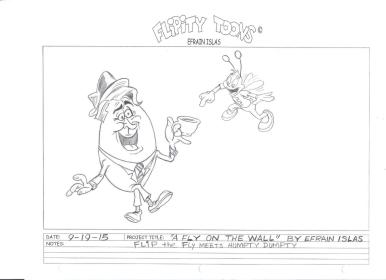 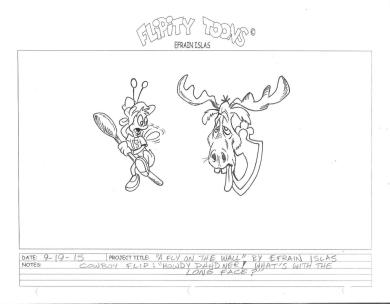 Another Flipitytoons' production sheet. No animals were harmed in this production.